This is a quick follow-up to an earlier post today. I don't have much to add, just more code and some (basic) graphs. Direct Xlib usage is seriously the way to go.

You can find everything here in the repo.

To get some data, I had to revamp most of the scripts from the first post. I made sure all of them exported these things:

After a fair amount of trial-and-error (X11 apparently gets cranky at some of the abrupt switches I was attempting), I finally settled on this approach using promises and subprocesses.

The runner creates a bunch of random points, then, for each script, moves the cursor to each point and captures data. It's untested right now (I'm sorry 🙃) but I did run it many, many times on my machine.

I did a quick run of 100 points (so 400 total data points) this afternoon. Rather than try to get a good table script up and running on my blog, I'm going to leave the data in GitHub. Check out the full CSV to see everything.

I threw everything in RStudio because I don't know what else to look for or use (yet). Stick with what you know, right? I'm going to run mean and median as well as create violin plots. You can skim the whole thing at once or follow along below. 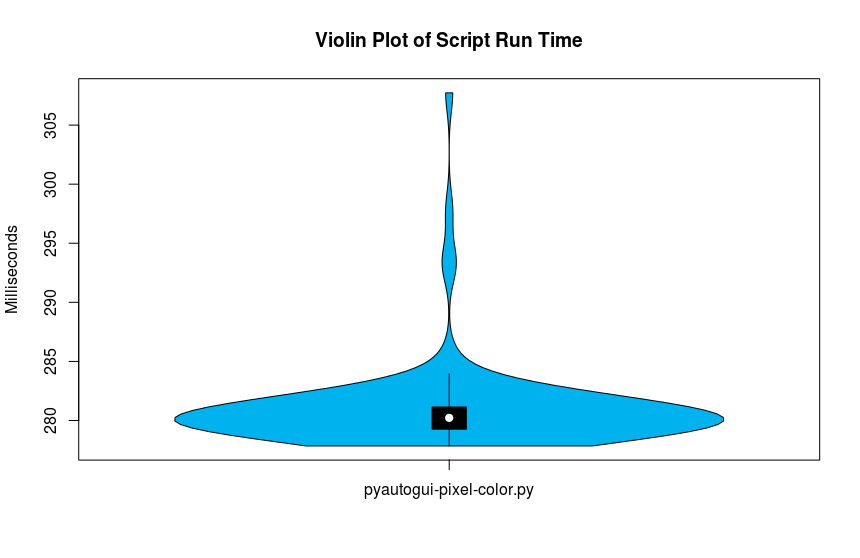 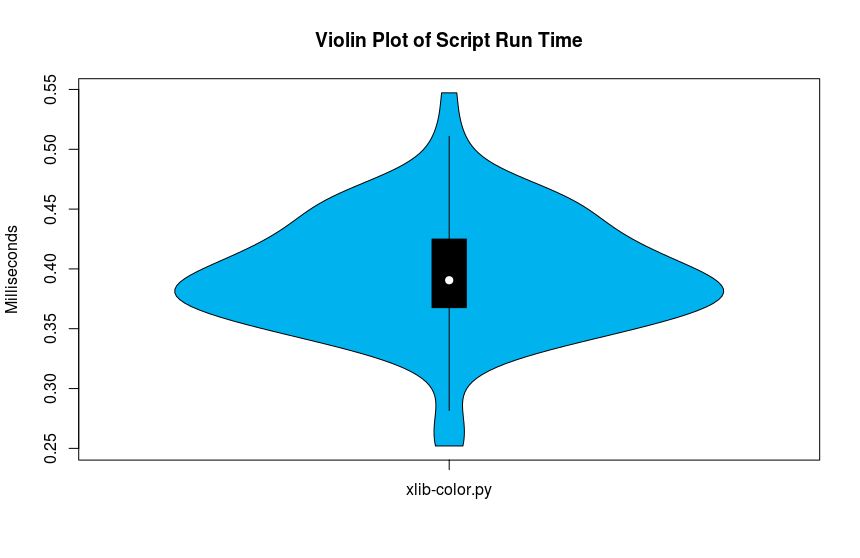 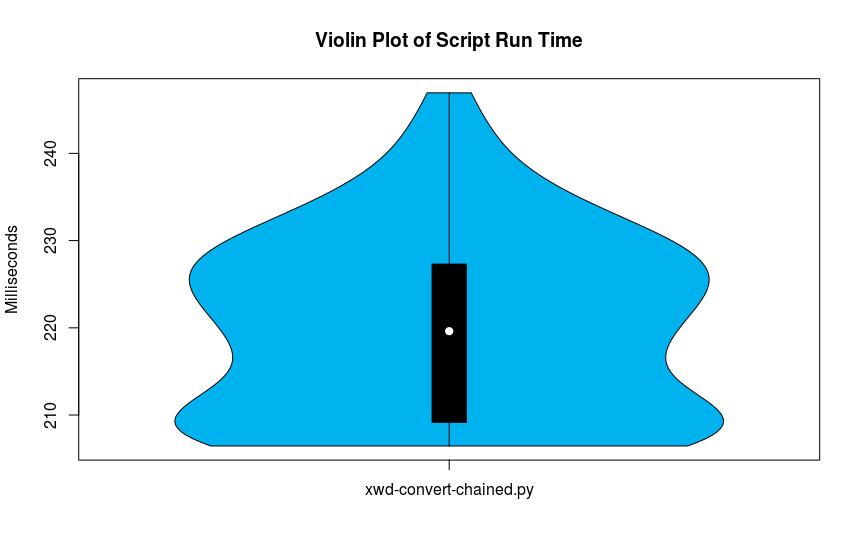 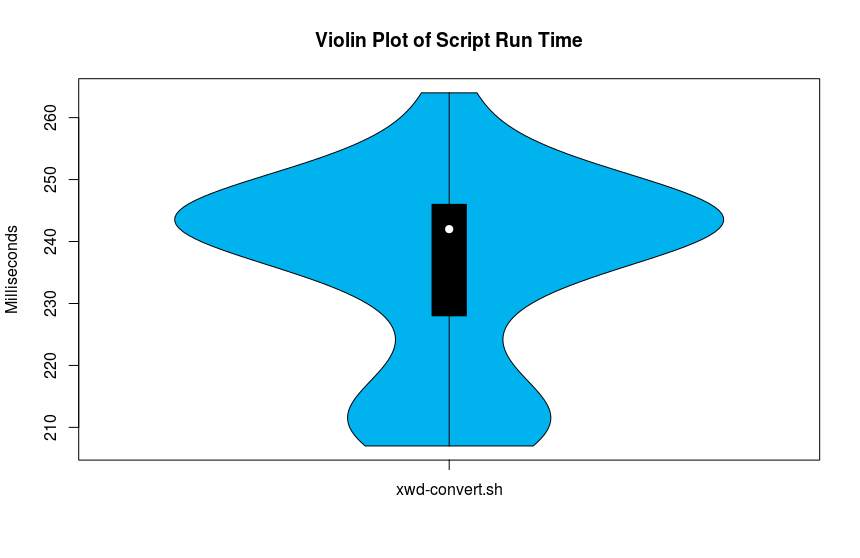 Because of xlib-color.py, this graph isn't terribly useful. There's too much range. 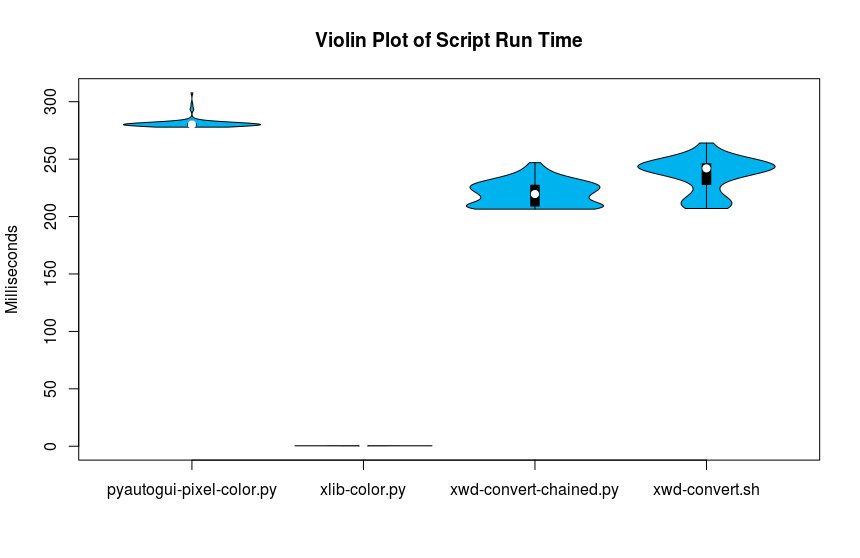 This is one is a bit better. Unfortunately, it does a good job of highlighting how slow pyautogui can be. 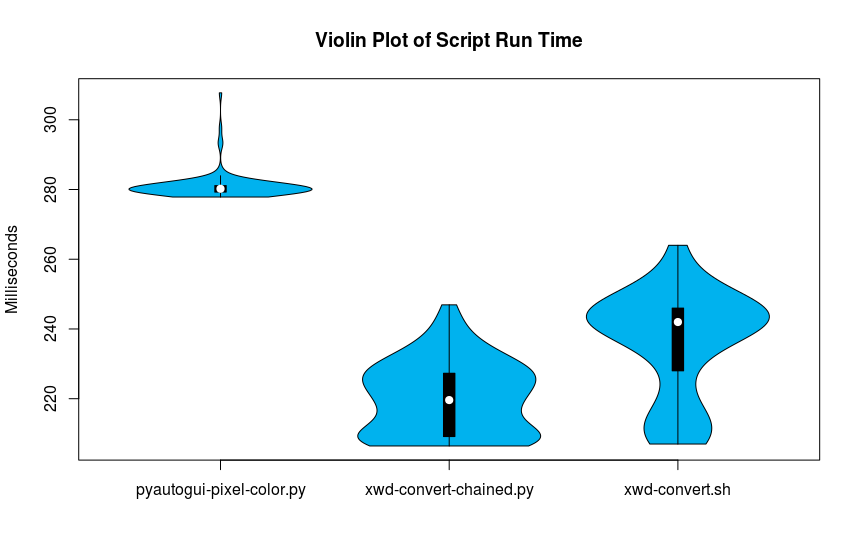 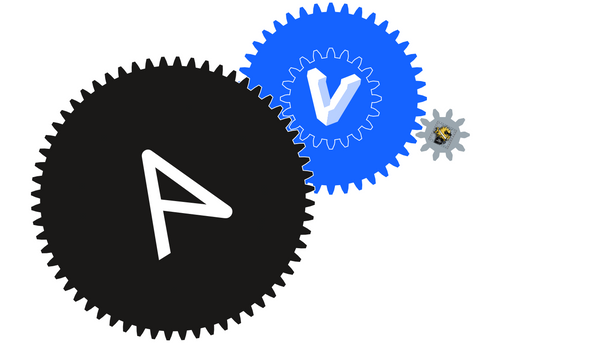 This post serves as an Ansible primer. It looks at each component of an Ansible playbook with plenty of examples. 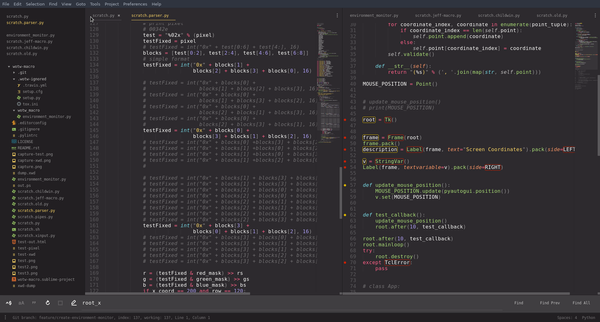 I miss AutoHotkey. I spent this weekend in Google and Stack Overflow porting a couple of very basic features for the X world.